Buchanan, Liberia: Saving the forgotten children of a war torn nation. Because you give, they live! 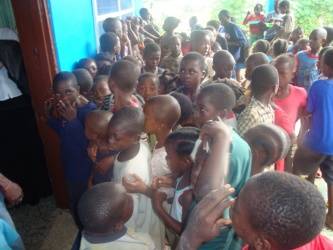 Nearly one thousand hungry and vulnerable children receive hot, nutritious meals because of committed WCF supporters. Five days each week, the children arrive hopeful and hungry at multiple locations in Buchanan. The feeding program serves children age three to fifteen years old. For most, it is their only consistent food source.

"Put everything you own in a bucket. Go and live in a field. Cook over an open fire on the ground. Collect and carry your water. Hang on by a thread during fourteen years of relentless conflict. Scrounge every day for food and try to ignore your hunger and the starvation of your children. That is what poverty looks like in Liberia," said Andy Perkins, World Children’s Fund liaison and director of the WCF supported feeding programs in Buchanan, Liberia.

Liberia, already in economic ruin, was one of the countries hardest hit by the Ebola crisis that began in West Africa in the fall of 2014.

Despite the impact of Ebola, not one child in the WCF-sponsored Liberia feeding program died during the most widespread epidemic of the Ebola virus ever recorded. 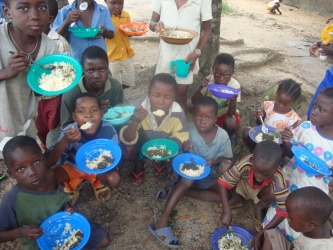 World Children’s Fund responded to the Ebola crisis by sending three extra ocean containers, in addition to regular shipments of rice meals that WCF normally sends. Each container holds more than 281,000 life-saving meals. These highly nutritious rice meals feed children in the program and are also disbursed to local orphanages, homes for the blind and elderly and others in desperate need.

During World Children’s Fund most recent program visit to the West African country of Liberia, the WCF team conducted interviews with the children enrolled in the Buchanan feeding programs.

All of the children expressed their gratitude for the hot, nutritious, life-saving meals they receive. The meals vary and also include rice, cassava, peppers, sweet potatoes, tomatoes, ginger, palm oil and various vegetables.

Children in the feeding program arrive barefoot and partially clothed. Their apparel is dirty, torn and often several sizes too large, or small. A young boy of about 11 years old stands in line for lunch wearing nothing but snug underwear and a shirt unbuttoned because it also is several sizes too small. He is not embarrassed. Other children take no notice. This is every day life in Liberia.

Many of the children have lost parents and family to war, militants, starvation and disease. The common denominator among all of them is the constant focus on food and survival. 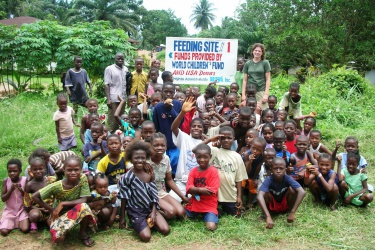 John David is small for his age. Like many children in Liberia, he suffers from stunting, which occurs from chronic malnutrition. It affects both physical growth and developmental progress. He lives with his grandmother in the Fairgrounds Community. His grandmother cares for a total of eight grandchildren, five boys and three girls. John David loves the potatoes and greens he receives at lunch. He says he feels much better each day when he wakes up in the morning since being enrolled in the feeding program.

Benwesseh has lived with his grandmother, Sarah, since he was 9 months old. He is the child of Sarah’s first born son and she says her son died of starvation. Benwesseh’s cousin, Harrison, has lived with Sarah since he was four years old. Harrison’s father was killed during the civil war. Both of the boys’ mothers left to find work in other regions and have been missing for many years. 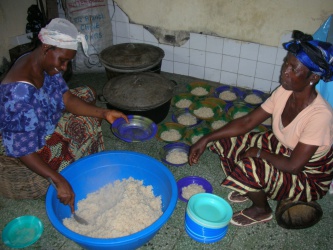 "We are making our way, with many thanks to the feeding available for the boys," says Sarah. "When we can’t eat, you always care and look out for us. It is by the Grace of God and the kindness of others, we have made it this far."

Like most of the children in the feeding program, Benwesseh and Harrison do not own toys and have limited possessions, but they gather socks and tie them together to create a large, round knot, so they can play games of football.

Because of your donations, these children and the others in the feeding programs in Buchanan can live. These daily, nutritious meals bring hope and provide strength and daily encouragement to these vulnerable children. 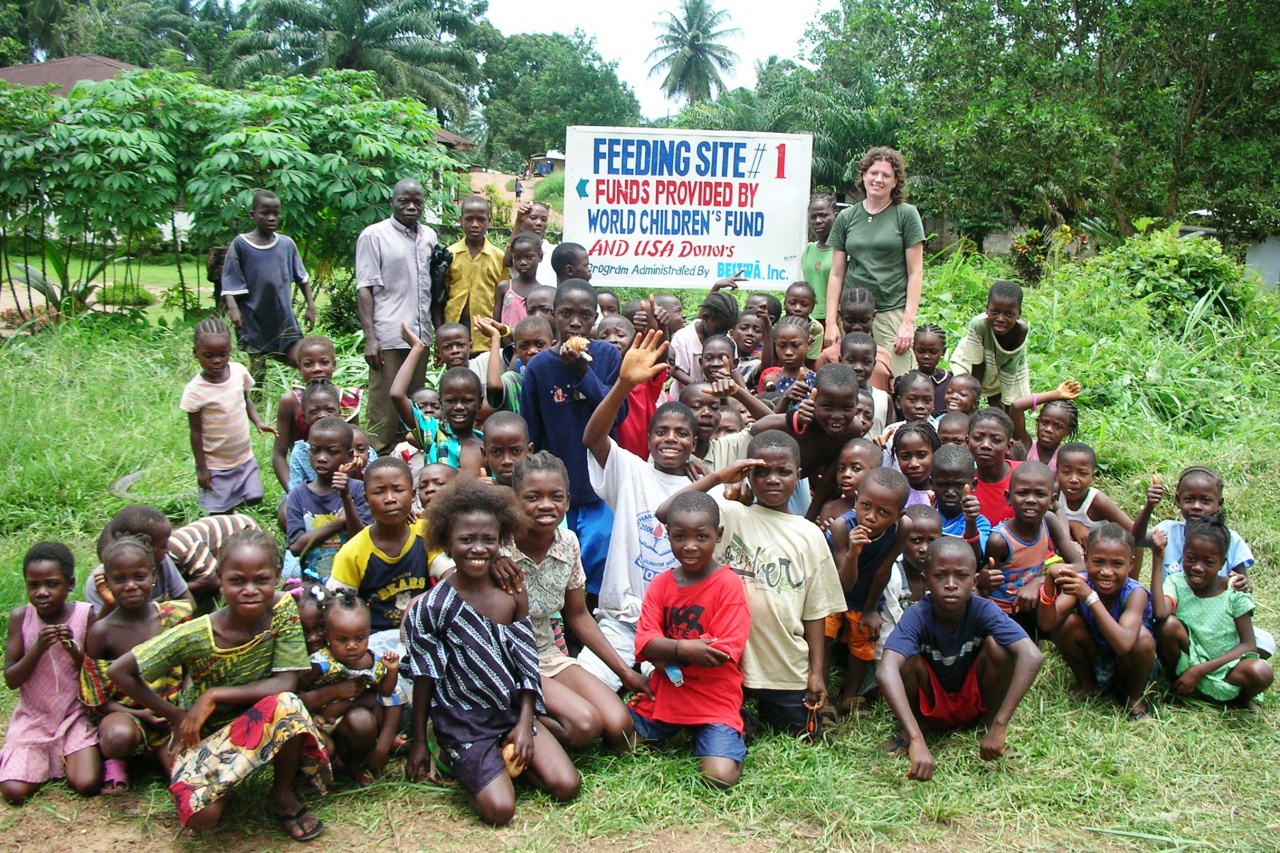